In order to overcome my failures, I decided to do a failure ritual. I took all the destroyed sketches and journey entries I ripped apart and burned them. In an extreme state of neurosis I burned them in a hole I dug in the dirt, focusing on the cycle of life while I watched the paper burn, owning the death and welcoming renewal. I surrounded the circle with my crystals; the crystals are used during ritual to promote the cleansing of negative energies. Once the paper had transformed into ashes, I buried them in the dirt to allow them to grow into something new. I videotaped this ritual on my phone, and it died before the paper completely burned. The video I am going to share with you is really only part of the process, but I am glad I got most of it on video.

By releasing negative energy, and welcoming in the new, I was able to create a new body of work that I am really excited about. I have started a spiritual art practice of web making. I am calling it Weaving Webs of Interconnectedness. I have recently discovered the weaving of webs to be a therapeutic process, one that will now be a part of my art practice. What started off as an idea for a simple project, transformed into a catalyst of self-discovery.

I had first learned about webs of interconnectivity in my research last semester. In Starhawk’s book Spiral Dance, she talks a great deal about our role in the web of life, connecting us, and intertwining us with the universe. Ceremonial artist and shaman Donna Henes weaved webs as ritual performance pieces during the feminist art movement in the 1970’s, which focused upon Great Goddess symbolism.

Weaving webs is instinctual and embodied in femininity; women control the life cycle. Webs represent not only our interconnectedness to the Divine, but also the magic in which women are creators. 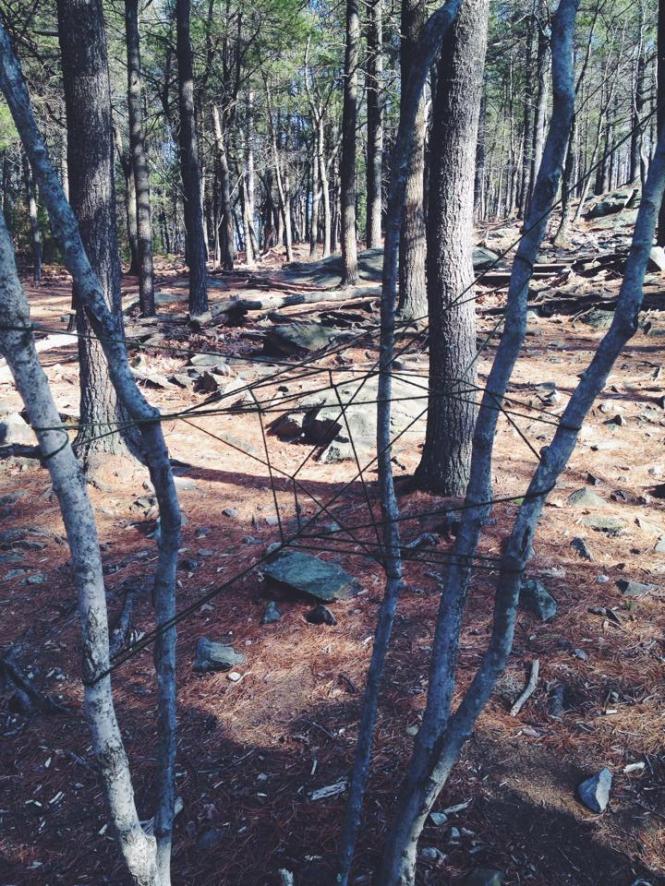 Check out our podcasts on iTunes!